Liam Noble is an incredibly inventive pianist and composer, praised most recently by Dave Brubeck for  ‘going so far into the unknown’. I saw Liam on many gigs while I was studying but I didn’t meet him until I graduated – at the time I was taking the odd lesson with various musicians as a way of continuing my study. I had a great time with Liam talking about many interesting things, approaches to playing music, how to think about music and the jazz scene – he also introduced me to Henry Threadgill…

END_OF_DOCUMENT_TOKEN_TO_BE_REPLACED 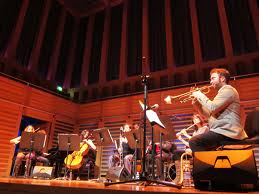 Rory Simmons runs Fringe Magnetic, plays regularly for Jamie Cullum and is also a member of the Loop Collective.

We’re two of many musicians living on South East London and hope to collaborate on a project next year, celebrating new music and improvisation.

Could Catford be the next ‘place to be’ for Jazz in London?

Catford spawned the career of Billy Jenkins I think. That’s a good accolade for any suburb of south east london. Apart from that, we have a giant plastic cat looming over our shopping centre, this architectural triumph is a constant inspiration to my music.

END_OF_DOCUMENT_TOKEN_TO_BE_REPLACED 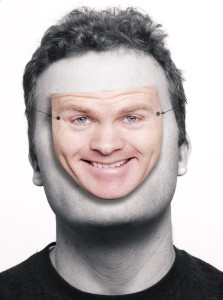