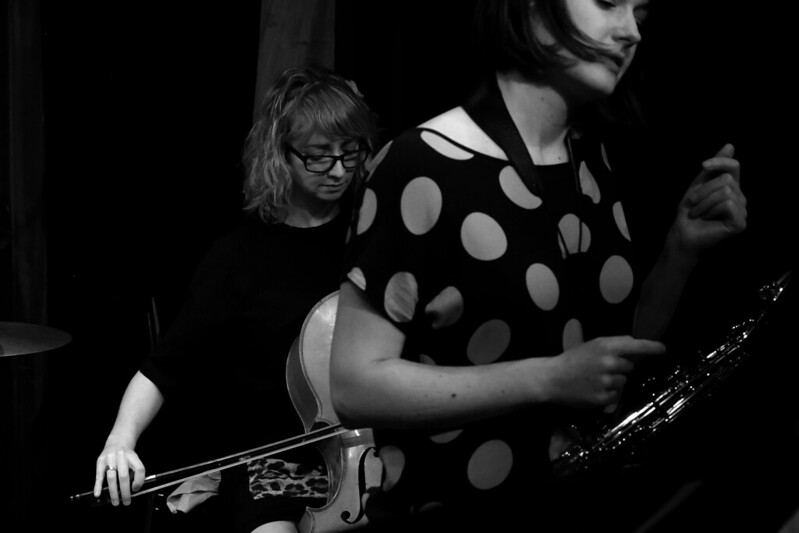 Everyone has their own take on where the improvised music scene is going, Emulsion offers up a few ideas, things to think about… as well as bringing together different audiences and reminding people of how important it is to challenge one’s expectations, and how exploring and listening to new music is exciting not daunting.

Testimonial from regular attendees Carol & Graham: “Emulsion succeeds in bringing together musicians and audiences from diverse backgrounds in an inclusive and engaging way. These open-minded collaborations result in some wonderful new music which is both inspiring and entertaining. Wouldn’t miss it!”

Led by Trish Clowes and Tom Harrison, Emulsion has hosted various events and festivals (eight to date) in London, Birmingham, Shrewsbury and at Cheltenham Music Festival, receiving coverage on BBC Radio 3 along the way, and to date has commissioned/premiered seventeen new works, performed by the Emulsion Sinfonietta. Featured collaborators include ECM artists Food (Iain Ballamy and Thomas Strønen), pianist-composers Nikki Iles and Robert Mitchell and composers Joe Cutler and Cevanne Horrocks-Hopayian. Over the years the project has received funding from PRS for Music Foundation, Arts Council England, Musikfondene (Norway), Jerwood Charitable Foundation, Birmingham City University and its own Kickstarter backers.

“an absorbing spectacle of multi-genre music that was both emotionally and technically compelling… brilliant, three-dimensional theatricality”
– Matthew Wright, the Arts Desk, 5 STAR REVIEW of Emulsion III 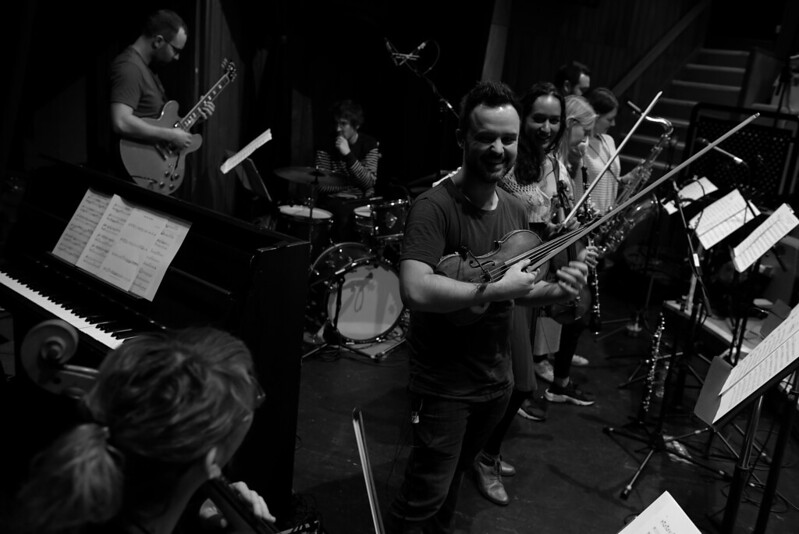 At the heart of our melting pot of musicians and ideas is the Emulsion Sinfonietta – a colourful line-up of trumpet, violin, clarinets, saxes, oboe/cor anglais, cello, bassoon, electric guitar, piano, bass and drum kit. A happy by-product of several Emulsion festivals, to date it has premiered 17 new works (see below).  Two of these works have gone on to win BASCA British Composer Awards in the Contemporary Jazz Category (Joe Cutler’s ‘Karembeu’s Guide to the Complete Defensive Midfielder’ – 2016; Cevanne Horrocks-Hopayian’s ‘Muted Lines’ – 2017).

“Top prize here goes to the Emulsion Sinfonietta careening through ‘Karembeu’: not a piece that could ever be picked apart and then built up by anyone’s dubbing machine.”
– Geoff Brown, The Times (4* review of Joe Cutler’s ‘Elsewhereness’) 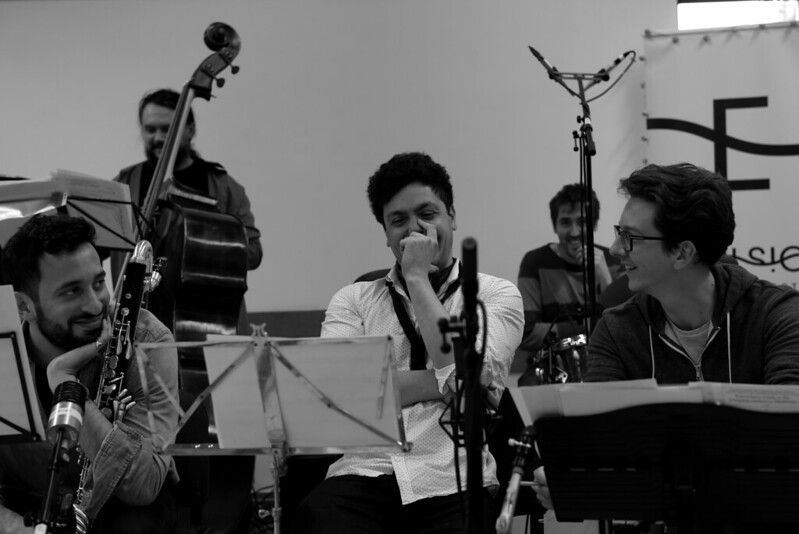 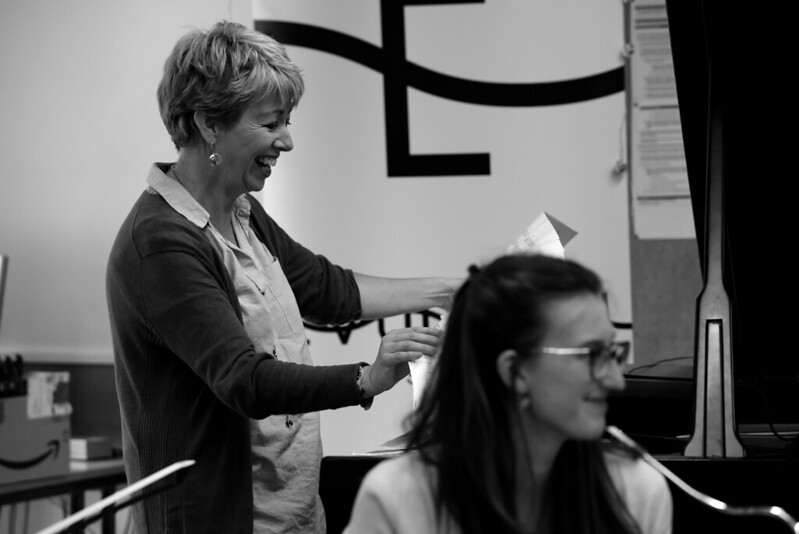 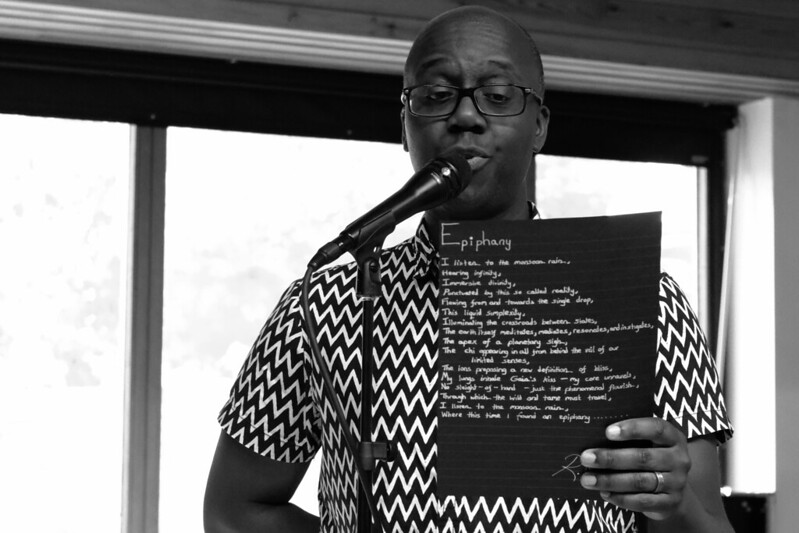 Emulsify had its first outing at Emulsion VI at The Gateway Education & Arts Centre (Shrewsbury) in June 2018. Have a look at what happened below… (click on the photo, all images by the brilliant Brian Homer)

We improvised together as a noise choir (initially led by Percy Pursglove) and then performed ‘Mood for Dupre’ and ‘Are we here?’ by Trish Clowes

(images below also by Brian Homer) 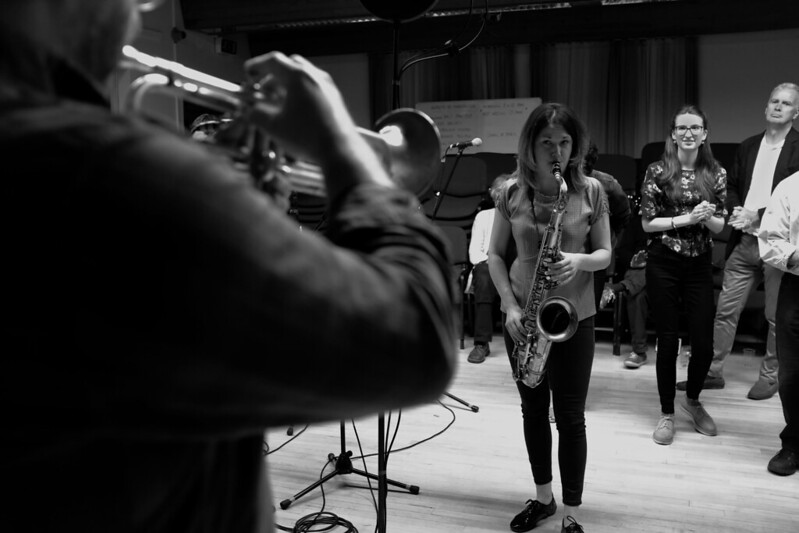 Emulsify returned in November 2018 during Emulsion VII at the mac Birmingham, again here are a few shots by Brain Homer. We performed music by Trish Clowes and Percy Pursglove for both Emulsion Sinfonietta players and members of the audience (or co-performers). 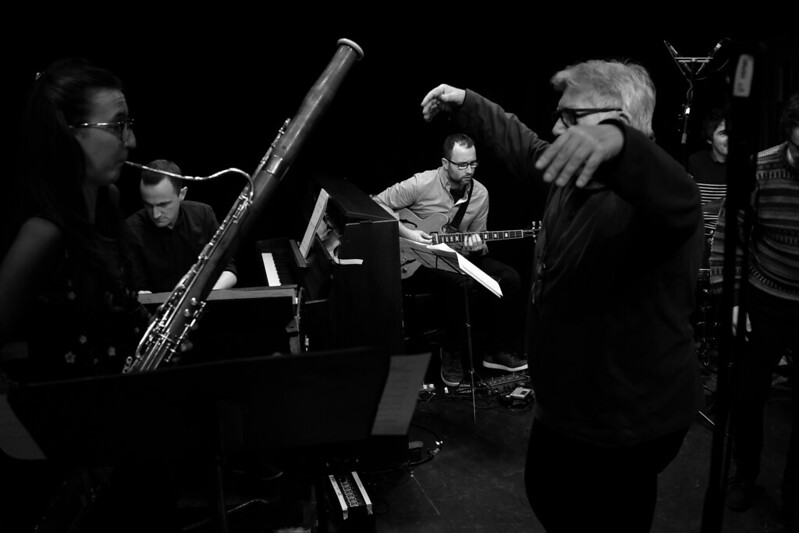 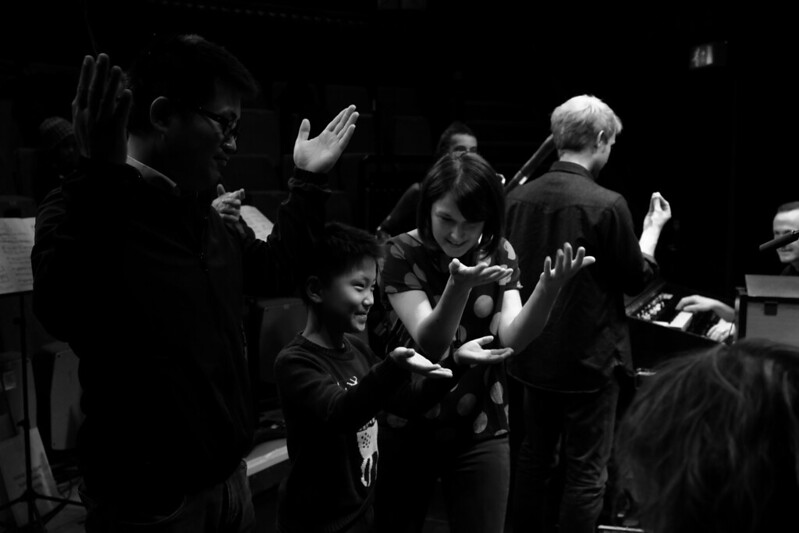 Commissioning new works has been central to Emulsion projects from the very beginning. Here is a list of commissioned and premiered works to date:

He, whose dreams will never unfold (for DP) – Percy Pursglove (supported by Kickstarter backers) – 2017