Last year I commissioned Cevanne Horrocks-Hopayian to write for My Iris (my band) and the Emulsion Sinfonietta. The new work ‘Muted Lines’ appears on my latest album ‘My Iris’, was toured during January and received its full-scale premiere at Emulsion V on January 27th 2017.

For some time now I have been meaning to put up my latest album’s liner notes that relate to ‘Muted Lines’ and my response/sister piece ‘Tap Dance (for Baby Dodds)’ and so here they are:

Words in opening of Muted Lines taken from a poem by Nahapet Kuchak (d. 1592)

“Sing, although the exile’s heart fills with such unsingable songs”

Earlier this year I commissioned Cevanne Horrocks-Hopayian to write a piece for My Iris (supported by the PRS for Music Foundation), for which I would write a response piece. The new works share a theme of ‘forced migration’.

The theme has personal resonance for Cevanne because 100 years ago, her family were forced from their ancestral homes in eastern Turkey during the genocide which murdered 1.5 million Armenians.

When trying to express this with sound, all she could think of was silence. The silence of generations unable to speak of the death marches, the slavery, and beheadings, because they were silenced by political pressure, or by the sheer horror.

This silence grows louder as it is passed down family lines, leaving a void in cultures, in language, in relationships.

Cevanne decided to explore this with a reductive exercise: how does the meaning of a sentence change, when, bit by bit, its words are forgotten?

She experimented with a sentence by the 16th century Armenian poet Nahapet Kuchak:

Sing, although the exile’s heart fills with such unsingable songs.

Cevanne reduced this to:

She found that, while much was lost, the feeling remained, and by setting this line to music, the silence could be filled with new meaning.

In fact, this is how cultures survive and evolve.

In ‘Muted Lines’, the melody repeats, because history repeats. The 16th century text shows how the experience is universal, across time and geography.

‘Muted Lines’ is dedicated to all exiles, and to their descendants, 100 years from now.

My response piece takes a different approach to the theme, using music to try to express an inexpressible emotion I feel towards jazz, a music so dear to my heart. I have always felt a tear, which grows with my own awareness, between the love I feel for jazz and the knowledge of the brutal and devastating past that ultimately led to the existence of jazz. I am of course referring to the Atlantic Slave Trade which forcibly enslaved, transported and killed many millions of African people. And its despicable legacy, unfortunately, lives on.*

Whilst taking time to reflect on this, I also want to celebrate the birth of the drum set and the central role that the drum set played (and plays) in the evolution of music of the African diaspora. I want to take a moment to thank the incredible innovators who established what we now know as jazz and for the freedom and creativity I currently enjoy through experiencing jazz as a listener and performer.

Warren ‘Baby’ Dodds was one of the pioneers of early jazz drumming and this track is inspired by his playing. When I was first discussing ideas for this project with Cevanne I was in the middle of transcribing a Baby Dodds drum solo – a tap dance. After my first listen I immediately wanted to jam along with the recording, picking out fragments of his rhythms and a few of the implied pitches from the cow bells etc – all of a sudden I had the beginnings of a piece.

I want to take the opportunity to thank Vijay Iyer, Billy Hart, Tyshawn Sorey, Imani Uzuri and Josh Roseman for their insight, intellect, musicianship and expertise which has greatly inspired me over the last year since spending time with them (as a student) at the Banff Centre in Canada. In fact, Imani was the one who encouraged me to make use of my own voice (hence its appearance in ‘Muted Lines’) – so a big thank you to her for that.

* I realise this subject is far too big for liner notes, but I will say that researching this subject in more detail this year has led me to a fantastic organisation called the ‘Equal Justice Initiative’. 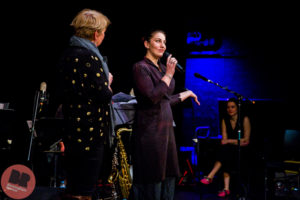 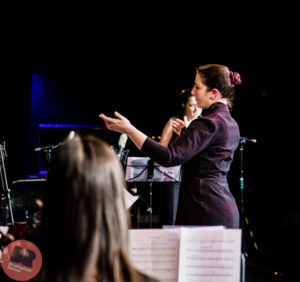 We would like to thank the PRS for Music Foundation & our Emulsion kickstarter backers for making this project possible.