Happy to announce a couple more dates for the diary… On August 24th, I’ll be playing duo with Ross Stanley at the Symphony Hall in Birmingham for the BJazz Festival. Tickets available here. We’ll be playing our own tunes plus some arrangements of an eclectic mix of other people’s music…!

Then looking ahead to the Autumn, MY IRIS will be playing at the Purcell Room for London Jazz Festival on November 16th, with special guests vocalist Lauren Kinsella and cellist Louise McMonagle. Info/tix here. Some of you may remember that Louise and Lauren joined MY IRIS for a livestream from Ronnie Scott’s in 2021 – here’s a reminder…

Photos taken by Chris Kelly at the soundcheck (and in the green room afterwards) for the MY IRIS concert at Wigmore Hall on Saturday April 23rd 2022, launching the new album ‘A View with a Room’ on Greenleaf Music. Featuring Chris Montague, Ross Stanley, and James Maddren.

I am very excited to share the news that my new single, ‘The Ness’, is out today! I have made a little video about it, so you can also see and hear about the creative process, just see below.

​Also out today is Louise McMonagle’s performance of my solo cello piece, ‘Round By The Ness’, the precursor to ‘The Ness’ (all of which is explained in the video mentioned above). She sounds utterly incredible, please do take a listen.

The tickets for the ‘A View with a Room’ ALBUM LAUNCH at Wigmore Hall are now available for general sale too! Link here (we decided to add in a few extras to the programme…) I cannot describe how excited we all are about this concert… As a little taster of the sound in that space, here’s my tune ‘Free to Fall’, from my live stream with Ross last year… (I’ve only just put this up on YouTube).

And while we’re on the subject of duo, Ross and I got a fab review in the Shropshire Star from Andrew Petch for our gig for Shropshire Music Trust at the end of February. You can read it here… and we’ll be back in Shrewsbury with MY IRIS during the album launch tour, playing at The Hive for the Shrewsbury Jazz Network on May 14th.

So great to be able to share this with everyone! This link takes you to my first single, the title track, ‘A View with a Room’ … you can also pre-order the album from all your favourite places, and watch a little trailer video I made 🙂

Coming up in April & May across the UK… MY IRIS are heading all over the place to celebrate the release of ‘A View with a Room’ on Greenleaf Music. We cannot wait to get stuck in… !! Massive thank you to Ina Wieczorek … & to Arts Council England for supporting this tour.

For all the details see my dates page. The tour includes a very special album launch at Wigmore Hall on April 23rd. So excited to explore our sounds in that phenomenal space!! 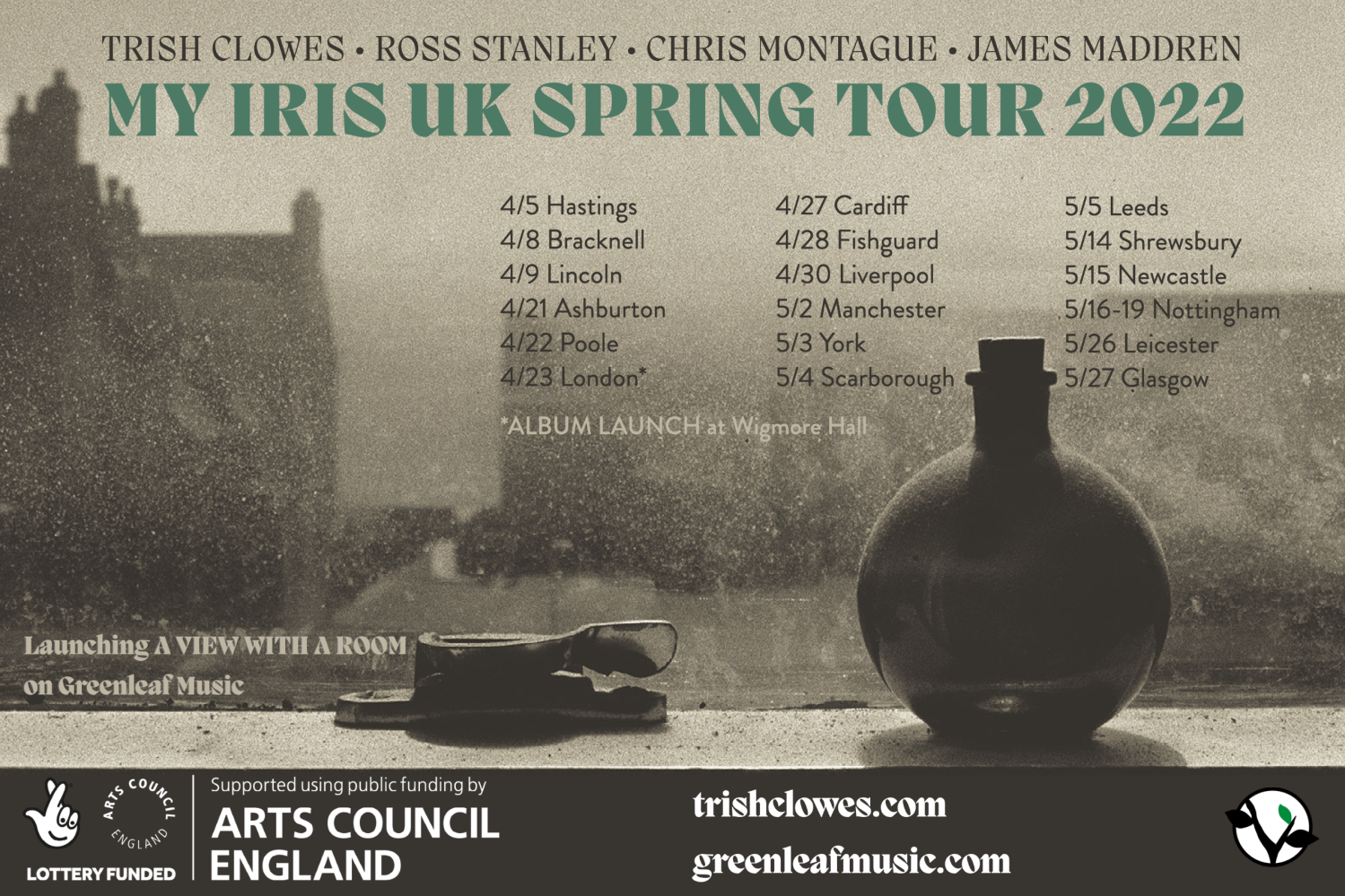 I am extremely proud to announce that my new album with my glorious band MY IRIS is coming out on Greenleaf Music, directed by Dave Douglas, on April 22nd!

You can now view/pre-order the album on Bandcamp. And here’s a news post on the Greenleaf Music website.

Huge thank you to Chris Montague, Ross Stanley and James Maddren for their incredible playing and inspiring me to write my best music, and to Dave Douglas and the Greenleaf team.

More details to be announced very soon, including an extensive UK tour and singles…! 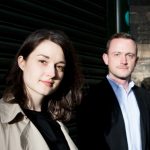 Coming up next month…

Ross & I will be playing two concerts… the first on February 17th at the Elgar Room, Royal Albert Hall for their Late Night Jazz series (9.30pm start), tickets here.

Here we are at Wigmore Hall last year, playing our own version of some Vivaldi….

(photo above by Dannie Price)

MY IRIS have now recorded a new album at Livingston Studios in north London (see photos below)… and now we’re in the mixing phase… I can’t announce much more at this stage, but I am very excited about what we got down, and I can’t wait to share it with you all in due course. People coming along to our gig in Sheffield on October 22nd will get a sneak preview!

In the meantime, I’m involved in a very different type of album release… On November 19th, Orchestra of the Swan’s new album ‘Labyrinths’ is coming out on Signum Classics. I’m playing on three of the tracks, one of which is a new piece of mine called ‘Bounce’ (for strings and solo sax). I will be appearing live with the orchestra on November 16th in Stratford-Upon-Avon, and November 26th in Coventry (see my dates page for more details).

Finally, I’m going to be playing a duo gig with cellist Louise McMonagle – some of you might remember we were supposed to play at Punkt Birmingham last year. We’re playing in a double bill on November 25th at the Hexagon Theatre within Mac Birmingham, a night that is being promoted by the legend who is Tony Dudley-Evans.

I have loads more on the horizon after Christmas, a few of the dates are up, but there are many more to come… I’ll leave you with a few photos by Daniel Devlin from my trio gig at the Crypt in Camberwell with Chris Montague and Ross Stanley back in August – absolutely adore playing at that venue. 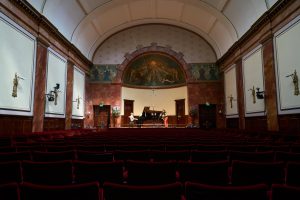 Streaming tonight at 7pm on YouTube & Facebook… MY IRIS recorded a set for Jazzlines at Symphony Hall in Birmingham last month & now you can hear the results! The sound in the hall is phenomenal… Nearly all new music, ahead of our next recording, so this is a bit of a preview… Big thanks to the Jazzlines team plus Luke the sound engineer & filming team Broaden.